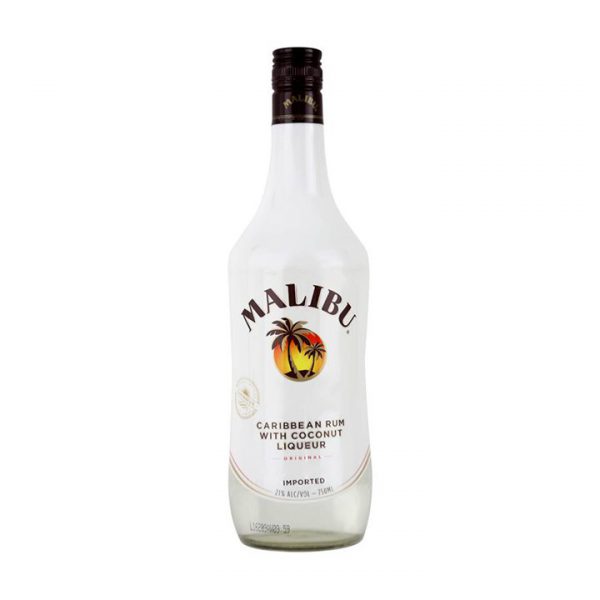 MALIBU Caribbean Rum is a coconut flavored liqueur, made with Caribbean Rum, and possessing an alcohol content by volume of 21.0 % (42 proof). As of 2017 the Malibu brand is owned by Pernod Ricard, who calls it a “flavored rum”, where this designation is allowed by local laws.

The product was created by Tom Jago of International Distillers & Vintners, and originally made from fruit spirits, flavored with rum and coconut flavoring in Curaçao. Originally, the product was used to simplify the making of piña coladas by bartenders. When the product took off, the production was then moved to Barbados, where the rum is made by West Indies Rum Distillery Ltd., and the quality of the ingredients used was improved.

MALIBU ORIGINAL – Nothing beats an original, and MALIBU is not only an original, it is the world’s best-selling Caribbean rum with natural coconut flavor. The taste of MALIBU is sunshine in a bottle – smooth, fresh coconut flavor with a sweet finish – perfect for bringing the sun-kissed island to anytime.

Be the first to review “Malibu Coconut Rum 马利宝椰子朗姆配制酒”