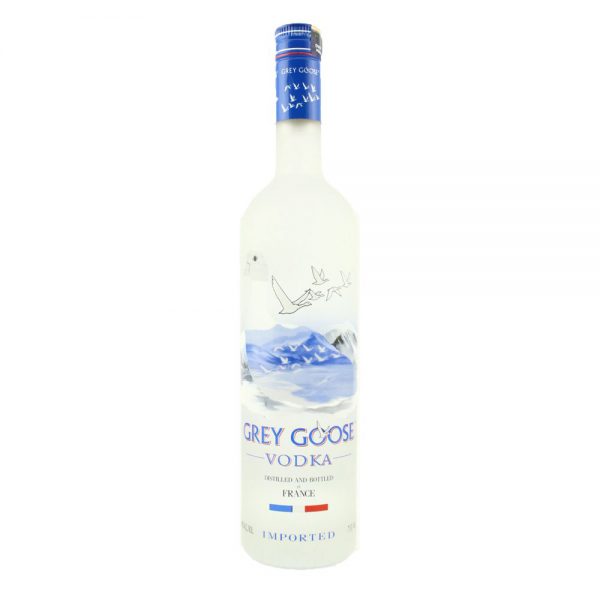 GREY GOOSE Vodka, From Cognac in France, this breakthrough wheat-based small-batch ultra-premium vodka has achieved global success and won a Platinum medal at the World Spirits Championship. Clean and fresh, with a smooth, creamy texture.

Grey Goose is a brand of vodka produced in France. It was created in the 1990s by Sidney Frank, who sold it in 2004 to Bacardi. The Maître de Chaifor Grey Goose is François Thibault, who developed the original recipe for the vodka in Cognac, France.

The wheat used in the creation of Grey Goose vodka is grown in Picardy, France. Distilled in the same region, north and east of Paris, the distillate is then sent to Cognac, France, where it is blended with spring water and bottled. The wheat used in Grey Goose is soft winter wheat, sown in October and harvested in August, which provides it with four additional months of growth in comparison to summer wheat. The wheat sold is categorized as “superior bread-making wheat”, and wheat that is soft.

Grey Goose is the first vodka to be produced in the Maître de Chai tradition, which allows aromas to be produced in the distillation process specific to it. It is made from 100% French ingredients, including flavored versions of the vodka. For instance, Grey Goose La Poire was the result of Thibault’s relationship with a Parisian pastry chef, whose pear tarte inspired the recipe for the new vodka flavor.

Be the first to review “Grey Goose Vodka/灰雁伏特加”